Marina @ Books of Magic just did this tag, and it looked like so much fun! Plus it’s been way too long since I’ve done a tag. So let’s do this!

Pick 30 fictional characters and write their names down. You then pluck two names by random at a time to answer one of the 15 questions and select the character that fits the criteria the best and so determine which character is not ‘good enough’ and relegate them to Fictional Character Therapy to work on their crushed self-esteem.

1. You only have one more spot on your spelling B team. Who would you pick to complete your team?

I feel like Peter probably wouldn’t be the best teammate for a spelling bee considering he’s been living on some remote island as an eternal child for like, ever, sooooo I’m gonna go with Dorian for this one.

2. Both characters want to kill you. Which one would you kill first so you have a better chance of surviving?

Well first off, I feel like Sherlock would have poisoned me so inconspicuously and so far in advance that I’d be dead before I could make this decision. But assuming that’s not the case… I feel like Sherlock would only do quick, painless killings (cause let’s be honest, he wouldn’t be one to enjoy dragging it out), whereas Dr. Moreau would literally tear me apart and sew weird animal parts onto me, sooooo I’d say Moreau would have to go first. 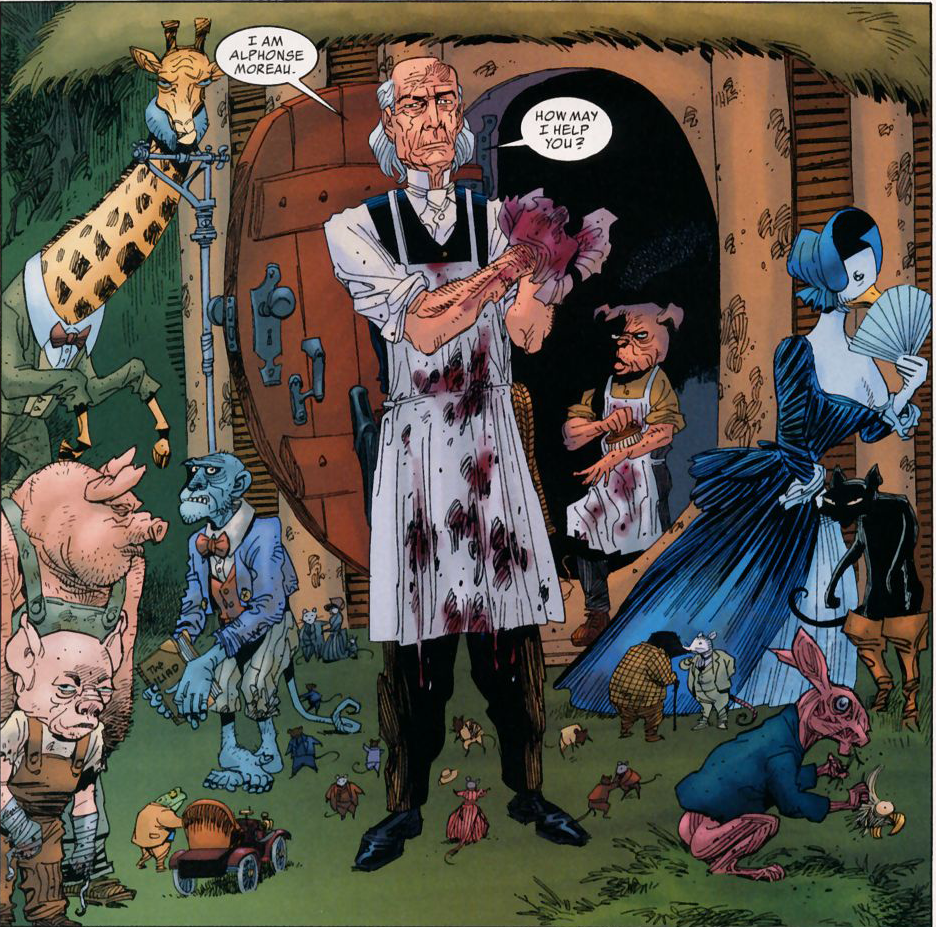 3. You’re on The Bachelor/Bachelorette and you’re down to these two characters. Which one are you going to give your rose to?

Frankenstein’s monster, hands. down. I LOVE HIM SO MUCH. He’s just a misunderstood sweetheart and all he wants is to be loved! Plus, I honestly just tossed Gwin in here cause he has a pet ferret.

4. You’ve been chosen for the Hunger Games. Who would most likely volunteer in your place?

Dr. Victor Frankenstein (Frankenstein) vs. Merricat Blackwood (We Have Always Lived in the Castle)

Victor Frankenstein is a TOTAL self-obsessed twat, so there’s no way he’d volunteer for me. Merricat so would, though. It’s weird that I feel like she’d make a nice friend. Despite… you know…

5. You’re stranded on an island. Which character would you sacrifice to engage in cannibalism?

Though I do love my villains, I’d need Leia — for company and for survival. So, sorry but buh-bye, evil queen!

6. You’re the next DC/Marvel superhero (with your own TV show, of course). Who is your sidekick?

Ursula Monkton (The Ocean at the End of the Universe) vs. Don Quixote (Don Quixote)

This is… actually a pretty tough one. Ursula Monkton is technically a villain, but idk, she’s pretty powerful. But Don Quixote would be such a lovable sidekick. And he’s got so much spunk! Although he is technically insane, so there’s that. I think I’d go with Ursula… and just hope she stays on my team. 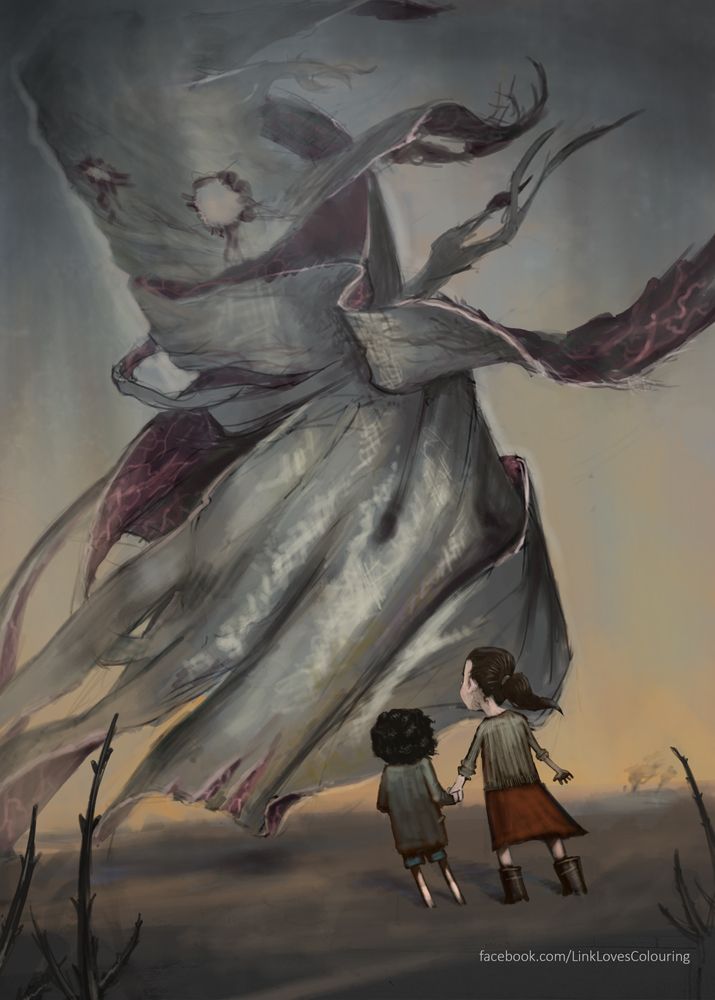 7. You’re a manager of an avocado admiring company. Who would you fire for lack of communication skills?

Wolf (The 10th Kingdom) vs. the raptors from Jurassic Park

Ya know, oddly enough, I’m gonna go with Wolf on this one, despite how much I love him. Those raptors are hella advanced in their communication skills! If they’re selling to other raptors, at least.

8. You’ve just finished a book in which your favorite character dies. Which character is mostly likely to comfort you?

Pippin Took (The Lord of the Rings) vs. Lady Macbeth (Macbeth)

Pippin 1000%. Lady Macbeth wouldn’t be bothered about that. She’d be too busy obsessing over who she’s gotta kill next to gain power. Pippin would just act silly or suggest some slightly dangerous but fun thing to do to get my mind off of it.

9. Ugh, it’s high school. Who would most likely be part of the popular clique?

Captain Hook, totally. Gregor is much more homebody-like, and Hook seems stubborn enough to win over the popular kids if he really wanted to.

10. The day has arrived: You’re finally a year older! Who would have the nerve to forget your birthday?

Oh damn, neither of them! Ahhh, idk, maybe Peeta if he was distracted with Katniss or something. I feel like Lupin absolutely wouldn’t forget, though. Unless it was a full moon…

11. You’ve just found an upcoming BookTube star. Who would it most likely be?

Eowyn (The Lord of the Rings) vs. the guy Sam-I-Am is trying to convince to eat green eggs and ham (Green Eggs and Ham)

I could totally see Eowyn becoming a feminist BookTuber and spreading the word about all her favorite feminist books!

Not good enough: The guy from Green Eggs and Ham 🍳

12. Sleepover time! Unfortunately, you can only invite one person. Who would you invite?

Bahahahaha, I’m gonna go with Sirius. I’d rather not risk being murdered in my sleep with Bateman over. Plus Sirius would be so fun to hang out with!

I’d certainly hope it was Watson! Jekyll would be an alright candidate if he wasn’t doing crazy behavior-altering experiments all the time. Watson seems much more… prioritized.

14. You’ve just written a super important text. Who would “see” it but not reply?

…Honestly, I have to say Hamlet. Iago’s a 100% villain, but idk, I feel like Hamlet is so passive-aggressive and dramatic, he’d do something like that.

15. You’ve just woken up and it’s time for breakfast. Your mom had been replaced by… who!?!

OH MY GOD, NEITHER OF THEM, PLEASE! Jesus! I have to choose between two psychotic murderers?! Excellent… Well, Annie Wilkes would probably take pretty good care of me… until I wanted to move out. Hyde would give zero shits about caring for me and probably just want to murder me or something. So… Annie? Oh god.

Everyone who’s reading this! This was a super fun tag — probably my favorite one so far! 😀