There is one version of my story that everyone knows. And then there is the truth. This is how it happened. How I went from being Peter Pan’s first—and favorite—lost boy to his greatest enemy.

Peter brought me to his island because there were no rules and no grownups to make us mind. He brought boys from the Other Place to join in the fun, but Peter’s idea of fun is sharper than a pirate’s sword. Because it’s never been all fun and games on the island. Our neighbors are pirates and monsters. Our toys are knife and stick and rock—the kinds of playthings that bite.

Peter promised we would all be young and happy forever. (Goodreads)

Yoooooo, this book was so good!

I love villains — the more evil the better, I say! — and I’ve always loved the story of Peter Pan, ever since I was a kid, so getting to read the story of how Captain Hook became Captain Hook was just a superb treat for me. Backstories are always so interesting, especially if they’re the backstories of villains, and this one certainly did not disappoint.

This was the second Christina Henry book I’ve read — the first being Alice — and boy, does she know how to do a dark retelling. She can be a bit gruesome at times, which I’m not normally crazy about, but it always seems to work so well for the story. There’s always a purpose to it. And she uses this to really shows Peter as a selfish, uncaring, sociopathic monster in Lost Boy. And you know what? I loved it.

While it was interesting to see Peter from a different perspective, the real treat was getting to know a completely different side of Captain Hook, or Jamie, as he was once called. He was brought to the island as an innocent boy who had just lost his mother. He loved Peter for taking him away from his heartache, but more than that, he loved all the other boys who came to the island. He made it his duty to take care of them — playing referee when they fought, tending to their wounds when they got hurt, and burying them with tenderness and care when they died — whether it be from a pirate’s sword or from another boy’s bloody fists.

Jamie acts as a mother to this rowdy band of adventurers, while Peter just wants to use them as playmates, not even caring if they live or die. After all, in Peter’s eyes, what was the point in caring when he could just go get more boys to replace the dead ones? But Jamie. Jamie truly cares about every single boy brought to the island by Peter. And eventually, that’s what leads him to turn on Peter… to see him as the monster he truly is.

The battle between Jamie and Peter is far more engaging and exciting (and heartbreaking) than any battle fought between a lost boy and a pirate. Henry shows us the building and the breaking of such a strong bond between these two boys, and the dark side that lies just under the surface of their friendship. She shows just how easily things can change when lost memories are again found and the rose-colored glasses fall off and shatter on Neverland’s foundation. The truth is slowly revealed to Jamie, and some things a boy just can’t forgive. 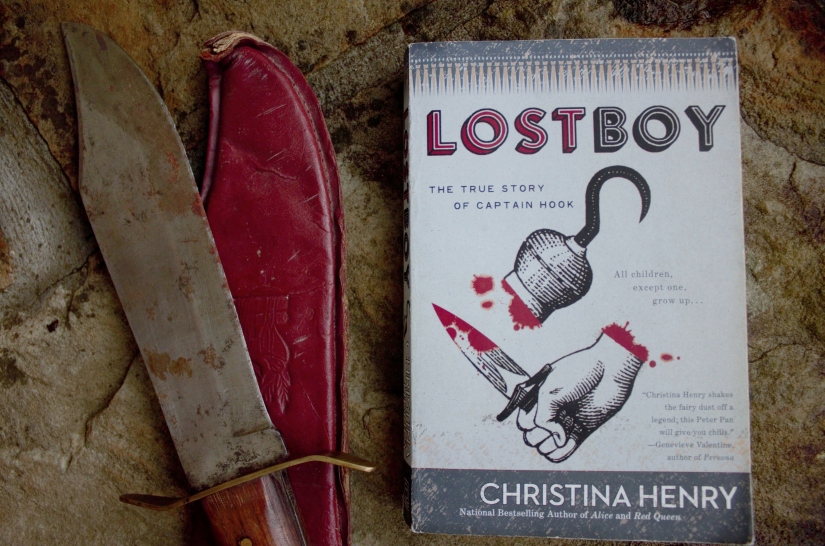 The only reason I didn’t give this book 5 stars was because of the beginning. It might have just been the mood I was in at the time, but I wasn’t terribly into the first half of this book. It kind of dragged for me. It just seemed like one really long scene with things happening but nothing really happening, you know? I was getting pretty disheartened with it, but luckily it picked up pace around the halfway mark, and from then on it was just so good!

If you like retellings, and you like Disney movies, this is definitely a book to pick up. I will warn you, though: it is very dark in some parts. It’s violent and rough and pretty shocking at times, but it’s so, so good. Definitely worth the read!